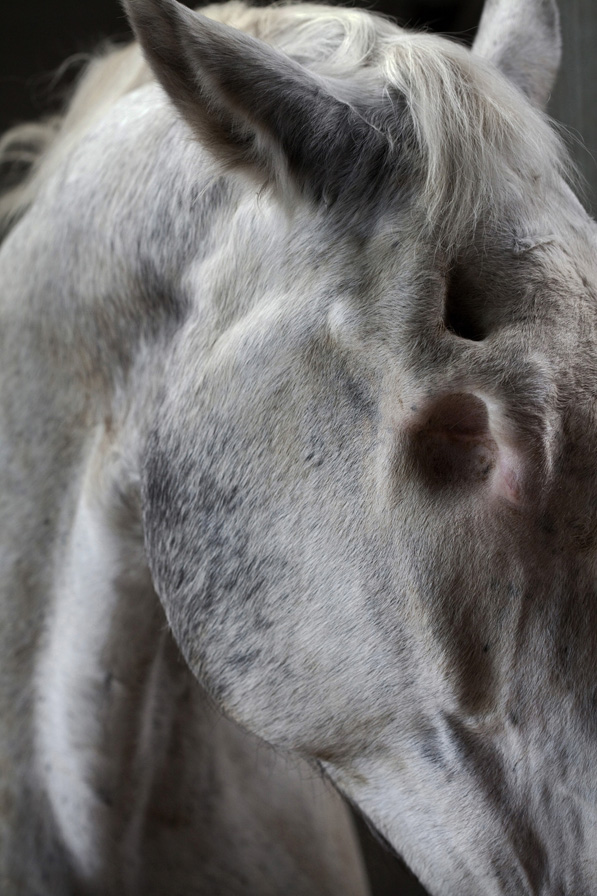 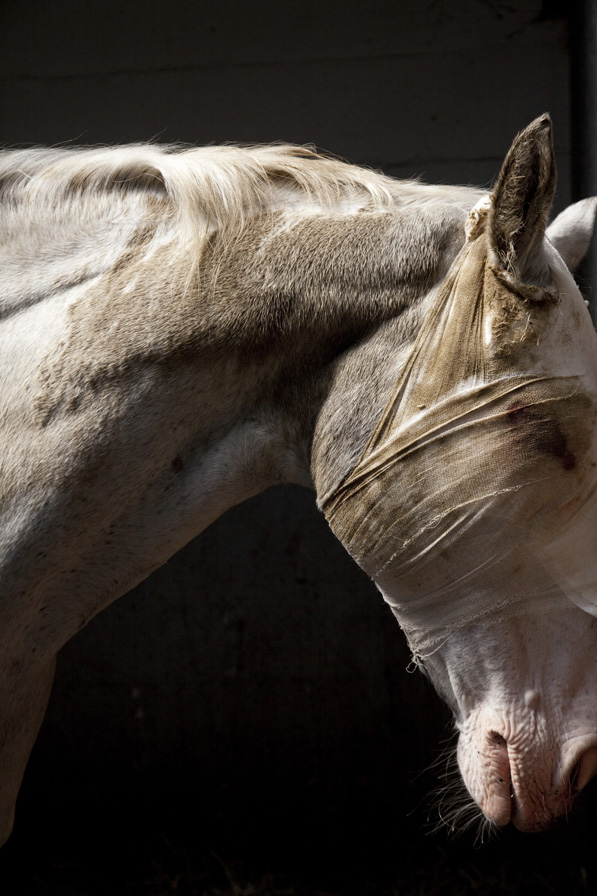 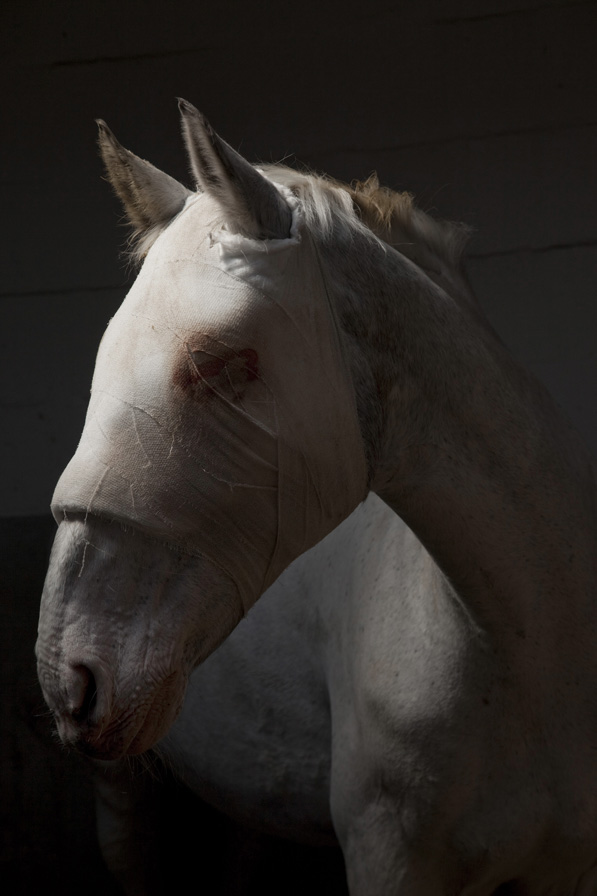 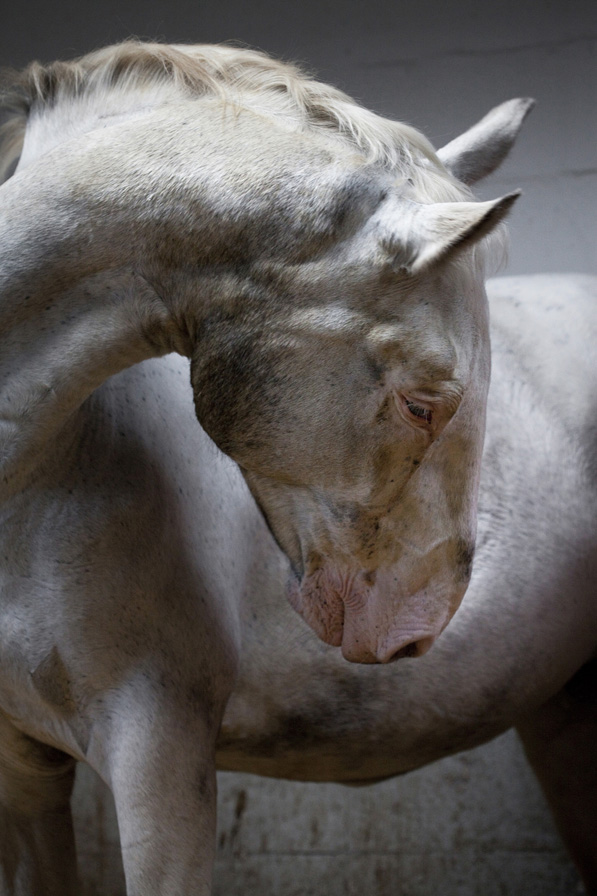 On behalf of the magazine Bit I took a photo of Tamara and her horse Cheyenne. At the time the horse had a stall at a stable in the center of The Hague. It had a small patio that didn‘t offer much space for a portrait to be taken of a man and a beast. I asked Tamara to guide her horse to a particular spot in front of a particular wall and to keep her steady but Cheyenne was too wild.  Agitated or afraid perhaps, because she was blind in one eye and the surroundings appeared unsafe to her. Years later, I photographed Cheyenne for my series of disabled animals. As a consequence of an infection she was nearly blind in the other eye now, too. Shortly after the operation I photographed her for the third time. She looked like a trojan warrior! A flight animal without eyes.  I’ve seldom seen such a special horse.