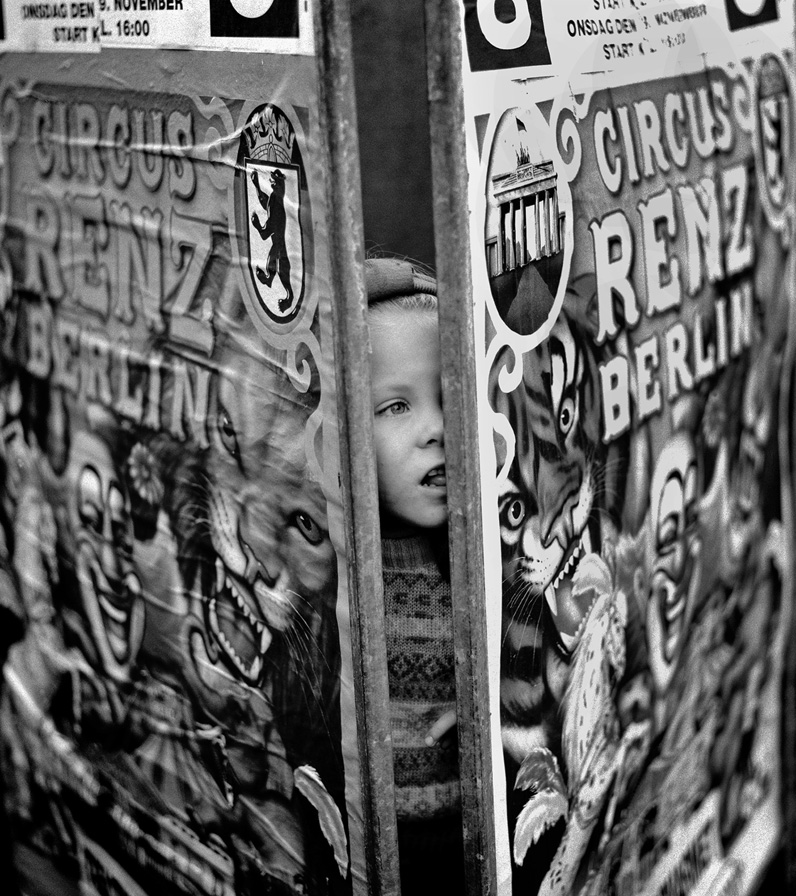 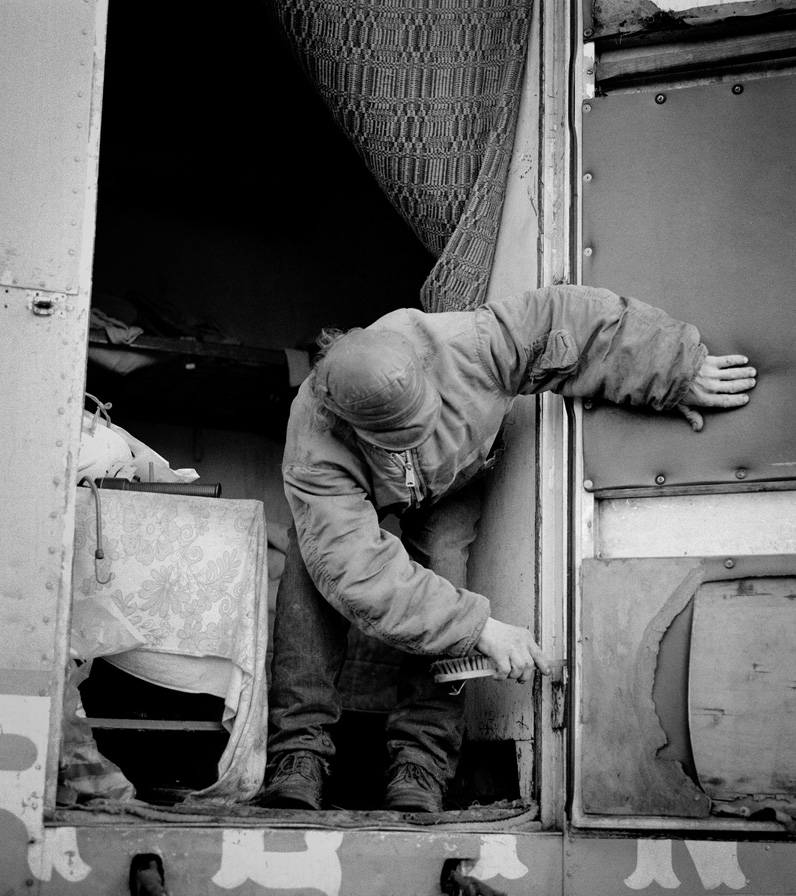 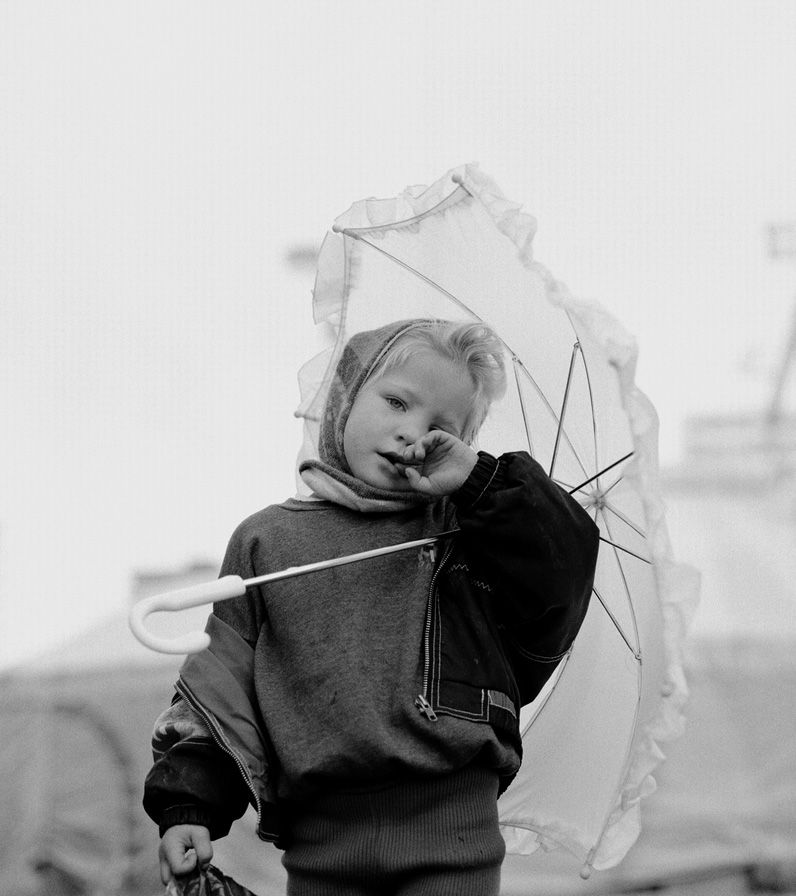 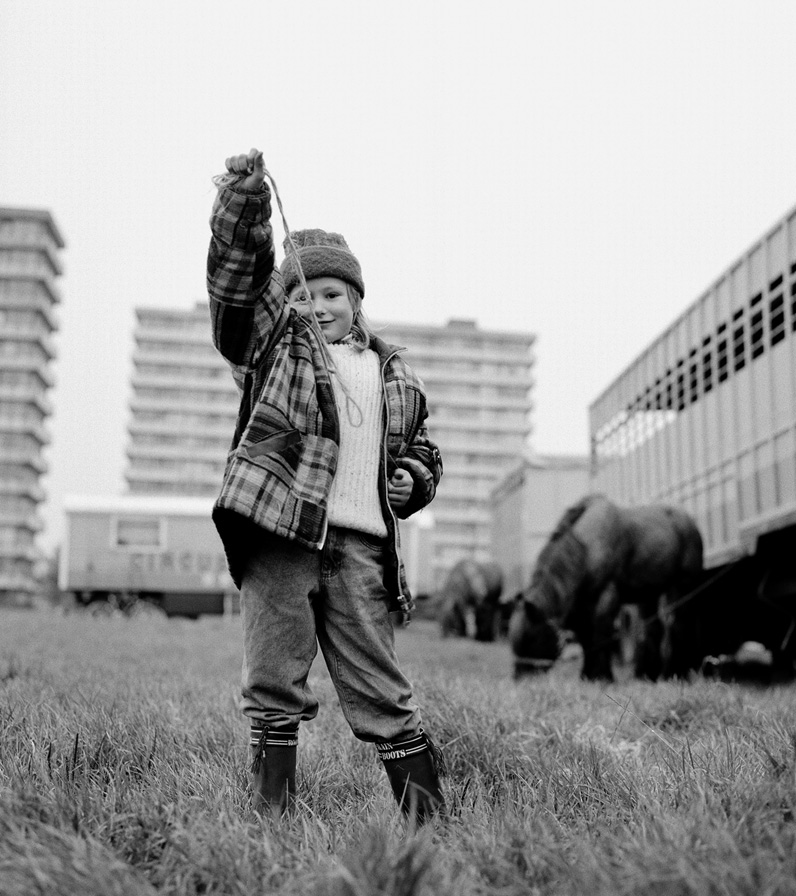 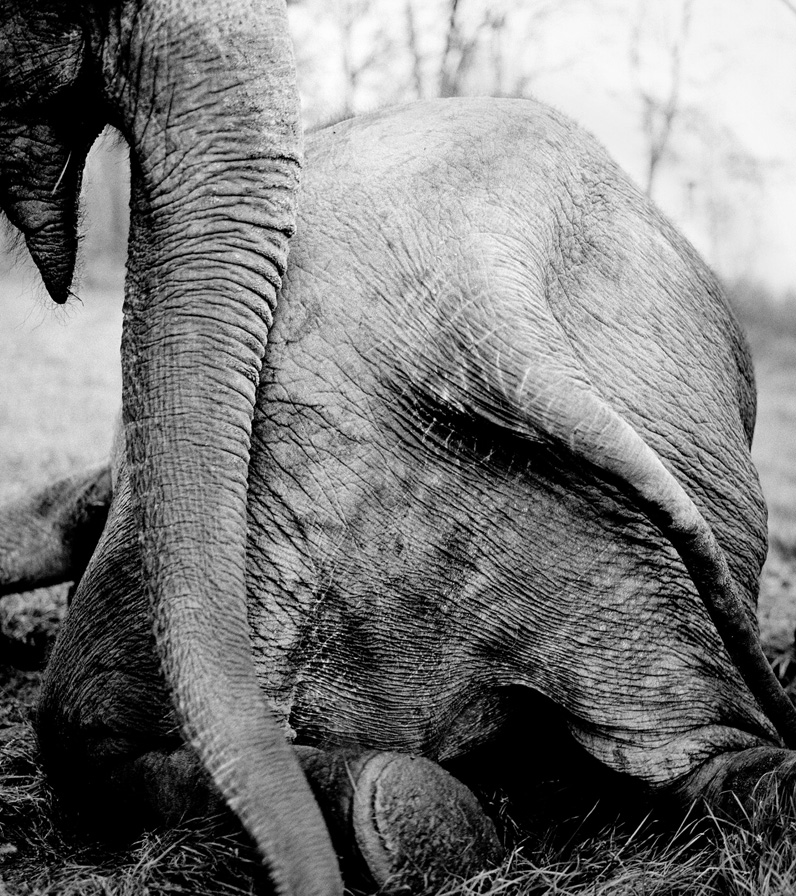 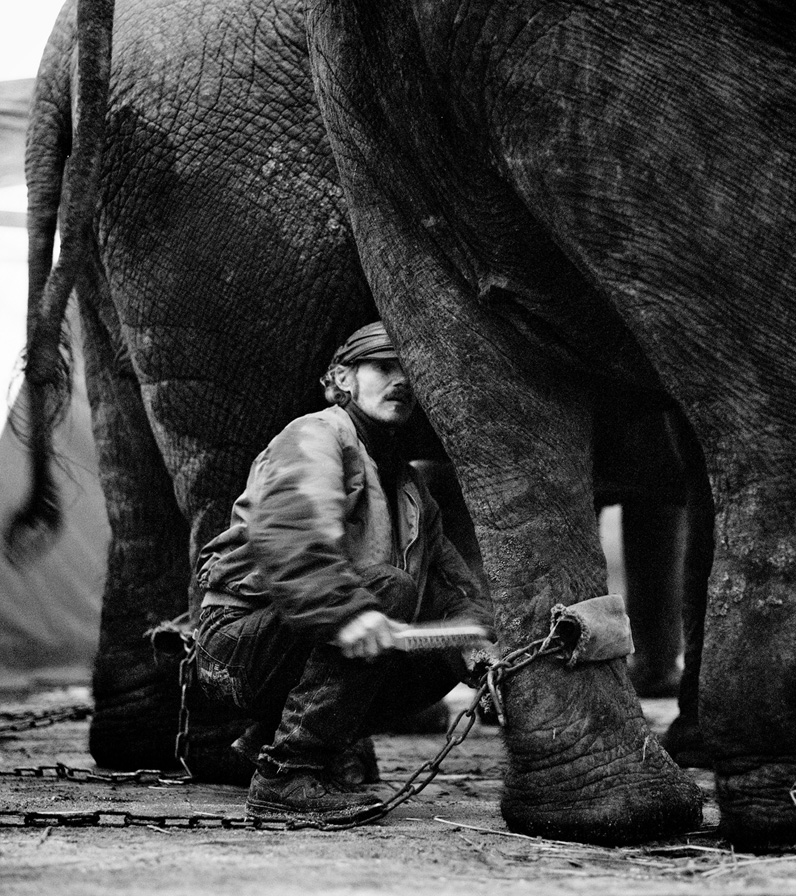 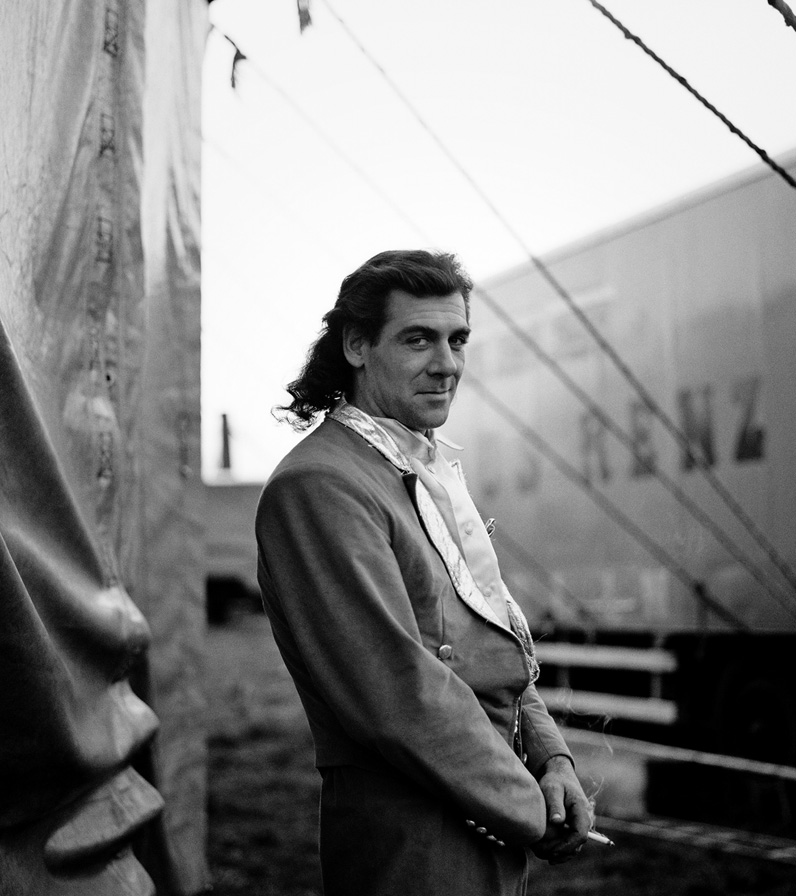 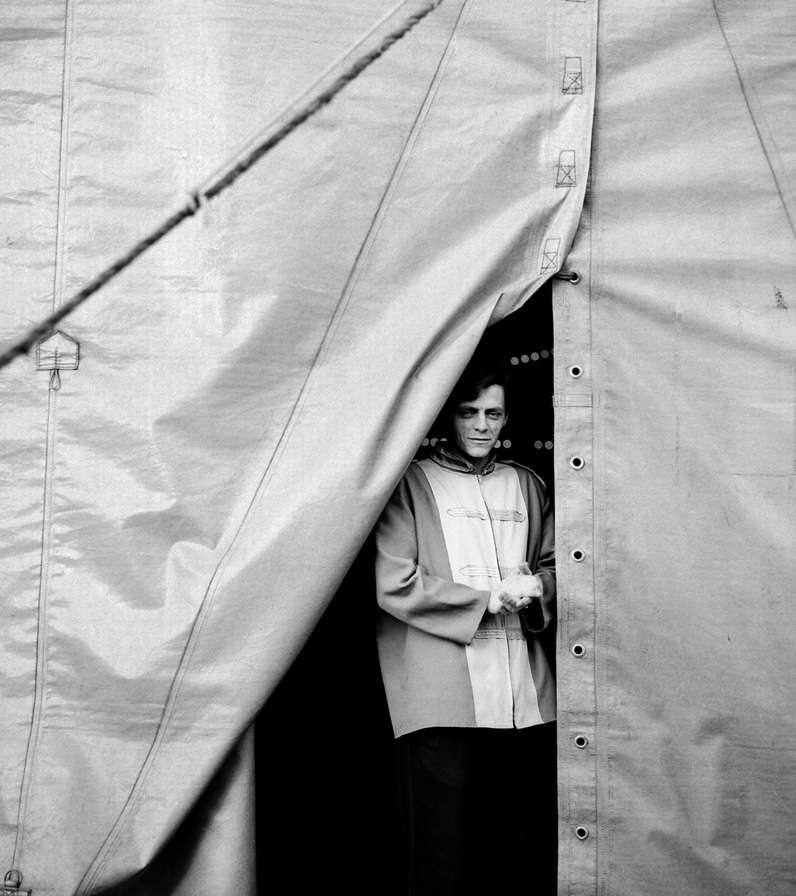 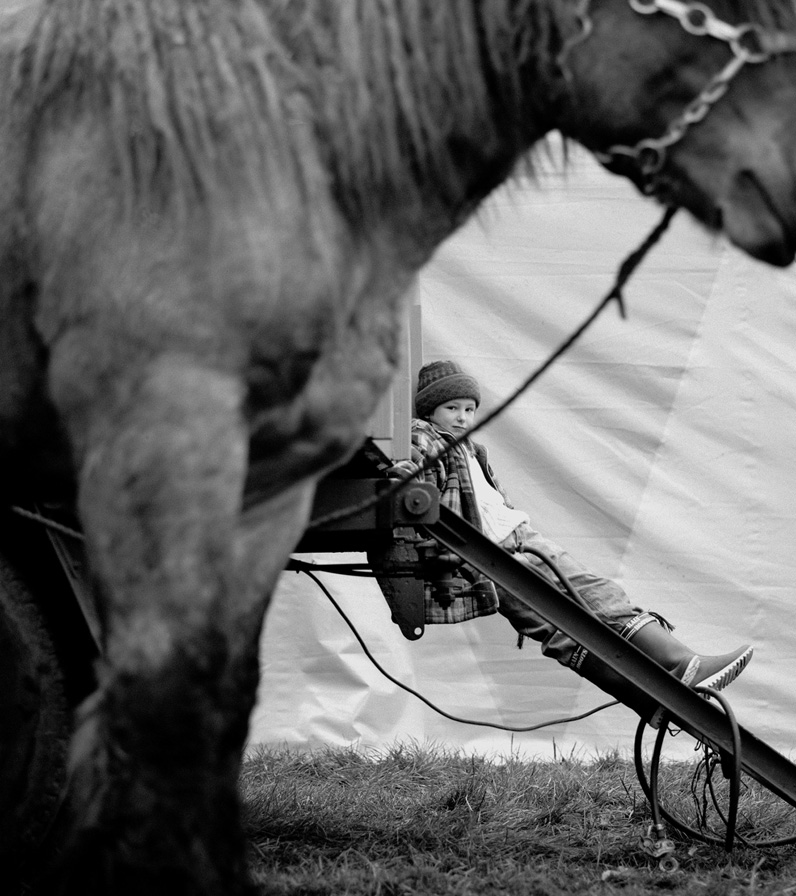 I met the elephant man of Circus Renz Berlin in 1993 at the time of my studies at the KABK in The Hague. The Circus was staying a few days in Katwijk. When I entered the scene I saw five tremendously impressive elephants behind a tarpaulin. I filled up an empty bucket with water and dragged it in front of the first elephant in line. But the third elephant hurled her trunk into it and started pulling. It toppled over and I was soaking wet. Behind me I heard a man clap his hands. Three times. I turned around and saw a little toothless man. Three weeks later, I found myself traveling with the circus. In Denmark, I took my first photograph of the elephant man.